You know the climate is fucked when you fly into New York during a rainstorm unlike any you've seen in the Pacific Northwest for quite some time and when you return to Vancouver to find the city blanketed in snow and temperatures well below freezing. We received another 30 centimeters on Sunday night, and more is expected: 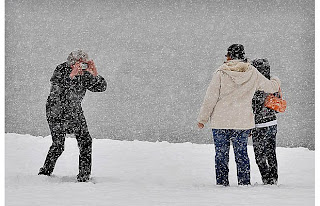 Re my comments on the ending of Now or Later: it's actually the mother character who interrupts the fight between father and son. The phone call from the psychiatrist (prompted, again, by the mother) comes later, resulting in the main character, John's, acquiescence to the will of the political machine now surrounding his father, the president-elect.
Hopefully the titles to future posts will start sounding a lot less editorial.
P
Posted by Peter Dickinson at 9:55 AM No comments: 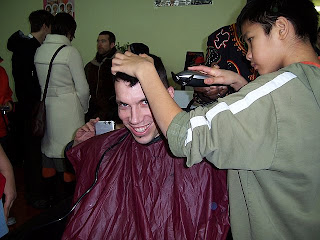