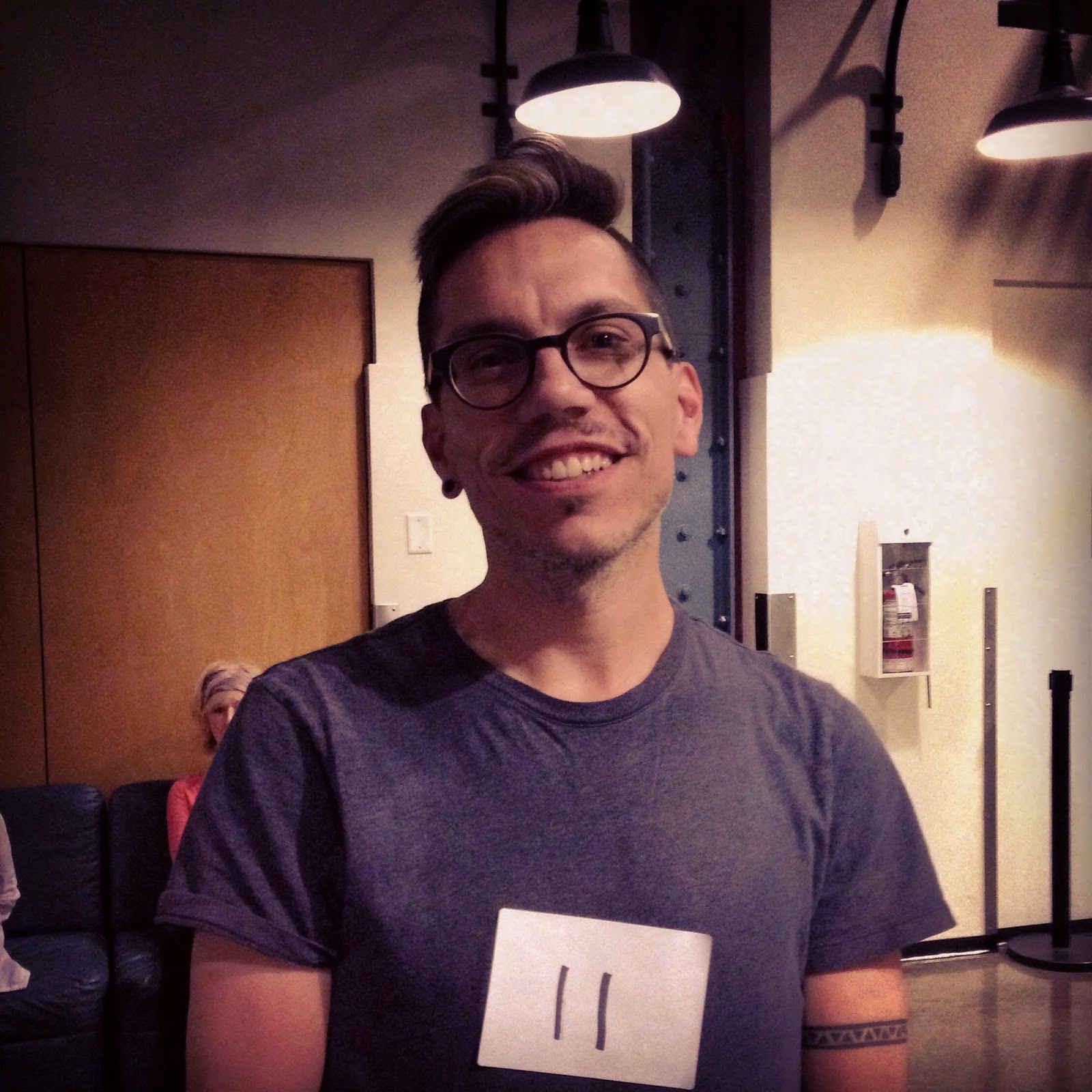 So I recently had my very own "I Hope I Get It" moment when, along with several other community hoofers, I put my dancing skills on the line at a recruitment session for a free outdoor show that will be performed at the 2015 PuSh Festival in January. Le Grand Continental, choreographed by Montreal's Sylvain Émard, is a big, joyous celebration of social dancing that puts non-professional movers between the ages of 10 and 75 through their paces as they perform a mash-up of styles in a 30 minute re-imagining of a traditional line dance. Since its debut at Festival TransAmériques in 2009, the piece has been performed in cities all across North America with casts ranging in size from 60 to as many as 200 (at Le Grand Continental XL in Montreal in 2011). Vancouver will be the eleventh iteration of the show, where the cast will number around 70 or so.

Coincidentally, last Thursday evening at the Roundhouse I was number 11 of approximately 30 hopefuls. Our task was to follow Sylvain and rehearsal assistants Anna and Caroline in learning the three-minute "funk" section of the piece--a tiny portion of which you can view here. Apparently I made the grade, as PuSh Associate Curator Joyce Rosario emailed on Wednesday evening to welcome me to the project!

Truth be told, the odds were in my favour, and not because of my PuSh insider connections. The goal is to have an equal representation of male and female dancers, and I was one of only two men at the Roundhouse recruitment session.

Whatever the case, I am beyond excited! Twice weekly rehearsals begin early November and we go pretty much non-stop (except for a brief holiday break) until the four scheduled performances on January 24 and 25 (mark your calendars now!). I plan to blog about our progress on a regular basis, maybe even sharing some inside photo documentation--so stay tuned.

In the meantime, I'm back in the studio with Tara Cheyenne on Monday afternoon. Who knew I'd be turning into such a dancing dynamo so late in life.

Posted by Peter Dickinson at 1:37 PM