It was the closing performance last night. A good-sized house. I thought the audience was a bit subdued, but my parents--who are visiting from Ontario and who had already seen the show once, this past Wednesday--said they felt people were very responsive. I guess it's hard for me to tell as the lines I think will (or should) get a laugh, or otherwise elicit some kind of more embodied response, often don't. But of course that doesn't mean folks aren't engaged with the work. As my Dad put it to me this morning, mine is a play that rewards more than one viewing. Of course, he's biased, but it was a deliberate formal strategy on my part to construct a work whose patterns and layers of connection only fully emerge at a distance. To that end, it has been most rewarding for me to hear from friends and colleagues about how the work has stayed with them after the end. Perhaps we should use this as a marketing strategy for the April run.

Closing a show is always bittersweet, especially when the process has been so generative and one has had the privilege of working with such an amazingly talented and warm and funny and intelligent creative team. It was great to hang out with some of that team last night after the show and share a drink and gossip and talk about holiday plans (London for Anousha; Cuba for Kerry; Vietnam for Jay; Mexico for Melissa; Toronto and Israel for Shayna; Hawai'i for Richard and Connie). It was a long two-show day for the cast, so I was grateful that most of them came out. And parting at 2 am on Granville Street was less painful knowing we'd all be gathering again in a few months to dive back into the work. I was only half joking when I said to the actors that I'd like to double the length of each of their monologues. I could watch all of them on stage forever. But in actual fact, any tinkering with the script between now and April will likely involve cuts and maybe the odd finessing of the choral interludes. I know Lesley is dying to revisit and even add to some of the movement, but Richard will likely have to restrain her given we only have a week's worth of re-rehearsal. At the very least, Jergus and Lauchlin and Jamie will get to supplement the visual design of the piece given the added space and technical resources available at the Annex.

Funny last note on the technical front. I knew that the lighting board and other equipment at the Gateway's Studio B dated from circa 1985. But what I didn't know was that everything connected with preserving our work was similarly ante-diluvian. At the end of the night, along with his stage manager reports on yesterday's shows, Jethelo sent Jayson McLean, our production manager, a note about making sure to save all the lighting, video and sound cues. On the drive home I learned from Richard that the method for storing said data was a 3 1/2 inch floppy disk!

I feel like there's something strangely appropriate about said means of transferring the binary code of our play. Just like the image below--supplied courtesy of Jay (aka Reid). 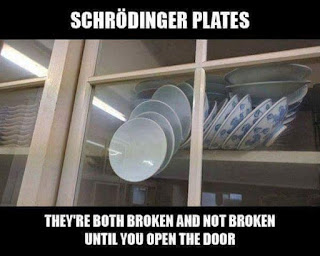 Posted by Peter Dickinson at 1:32 PM